Keeping your Figaro charged: how to deal with a flat battery

We’ve covered almost every Figaro topic over the years but one that’s still needing to be explained a bit more is batteries and their upkeep. It’s something that lots of Figaros have problems with. There aren’t many people out there who haven’t had a flat battery at one time or another.

We have also changed our stance over the years, at one point we fitted full alarm systems but over the years that’s developed to use less heavy-duty electrical systems and to incorporate smart charging and battery cut off systems.

Let’s face it a flat battery is the most irritating thing!

Here are some keys facts that should help you look after the battery and also start it if the battery goes flat:

A Fig battery should last around 4 years but only if its looked after correctly. It’s absolutely dependant on how you treat it.

Multiple discharge/recharge of the battery greatly shorten any battery’s life and being flat for long periods is a killer.

Using electronics in the car whilst the engine is off isn’t good but for Figaros it’s all about the drain they cause when there sat resting and unused. Alarms, the clock, bad alternators, starter motors they all affect this hugely. As the components age they become more inefficient and a higher cause of battery drain.

Old alarm systems are the kryptonite to batteries. I’ve seen systems that drain a new battery in 48 hours.

No matter how well you take care of it, in the end the battery will probably give up. Failing batteries usually display obvious tell tale signs. You get a click when you turn the key and the car doesn’t crank over and start.  Sometimes even a number of clicks, like a chatter. Also your central locking may not work or will be slow. I usually try the indicator or the horn

Ambient temperature also plays a big role. Both hot and cold temperatures will affect the battery but here in the UK I’ve found that it’s usually in the cold weather that we see the biggest drop off.

A common myth is that you can refill batteries with tap water if they are low. For one most batteries are now sealed units and also tap water contains impurities that can damage battery cells. Only deionized water will work.

Almost every Figgy owner has to deal with a dead battery at some point, unless they put something in place to prevent this. Smart chargers which plug in at the grill or cut off switches work best but if you do find yourself in the position then here are some tips for starting the Fig with jumper cables.

Here’s how it works; to jumpstart Figgy, you will need:

(Very important: This is a guide only based on our experience and nothing else, if in any way you’re unsure or not confident in doing this ask a professional, it’s our opinion and we take no responsibility for damage to your self or your car. Cars can be dangerous.)

Here are our Top Tips

Buy the best battery you can. Ours have a 4-year warranty and are also reputable brand names but wherever you buy from expect these terms.

If you have access to power fit a smart charger, solar ones are good too but not quite as reliable.

Fit a battery cut off switch, these are cheap, simple and very effective. 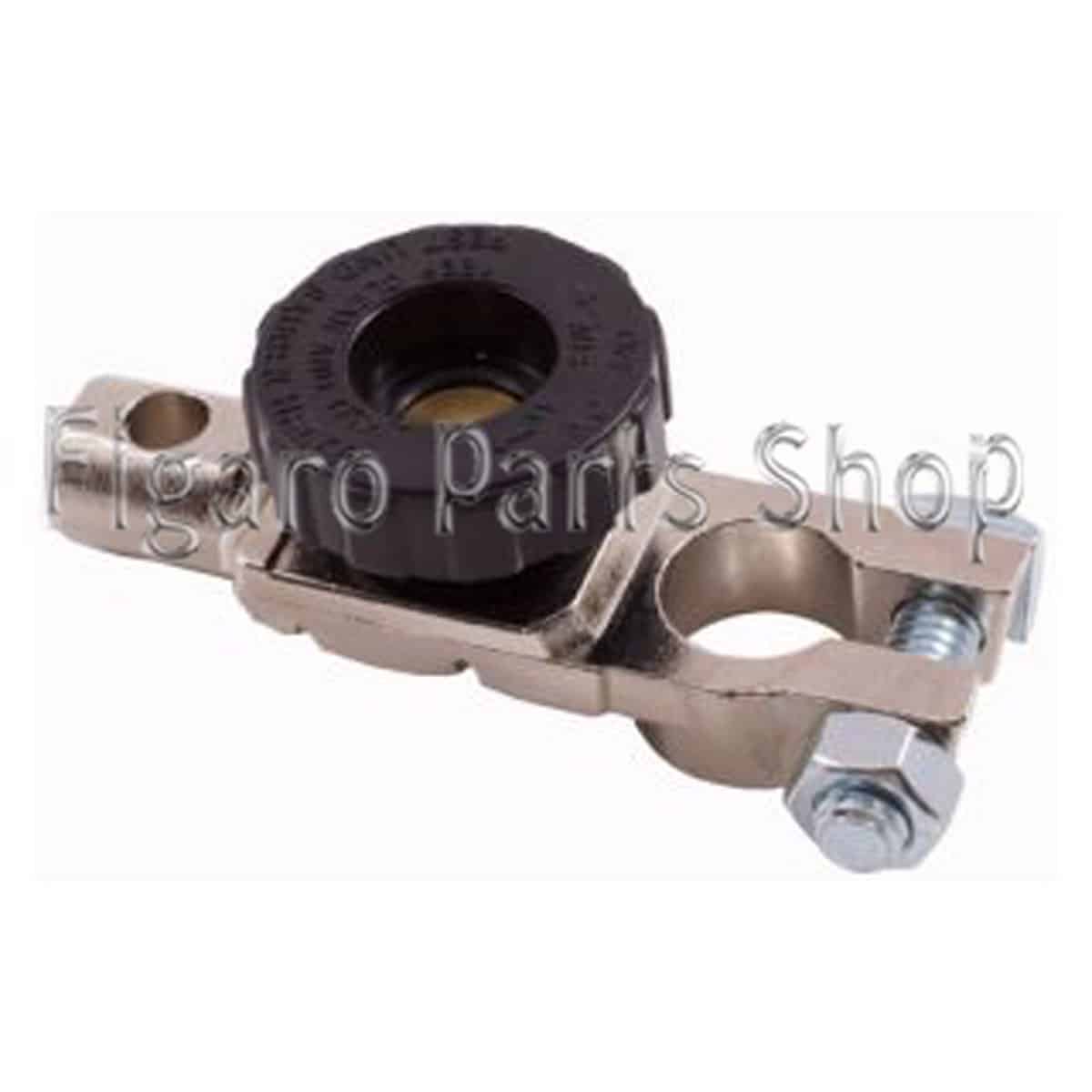 - Figaros for sale
- Restored by us
- Bespoke Figaros