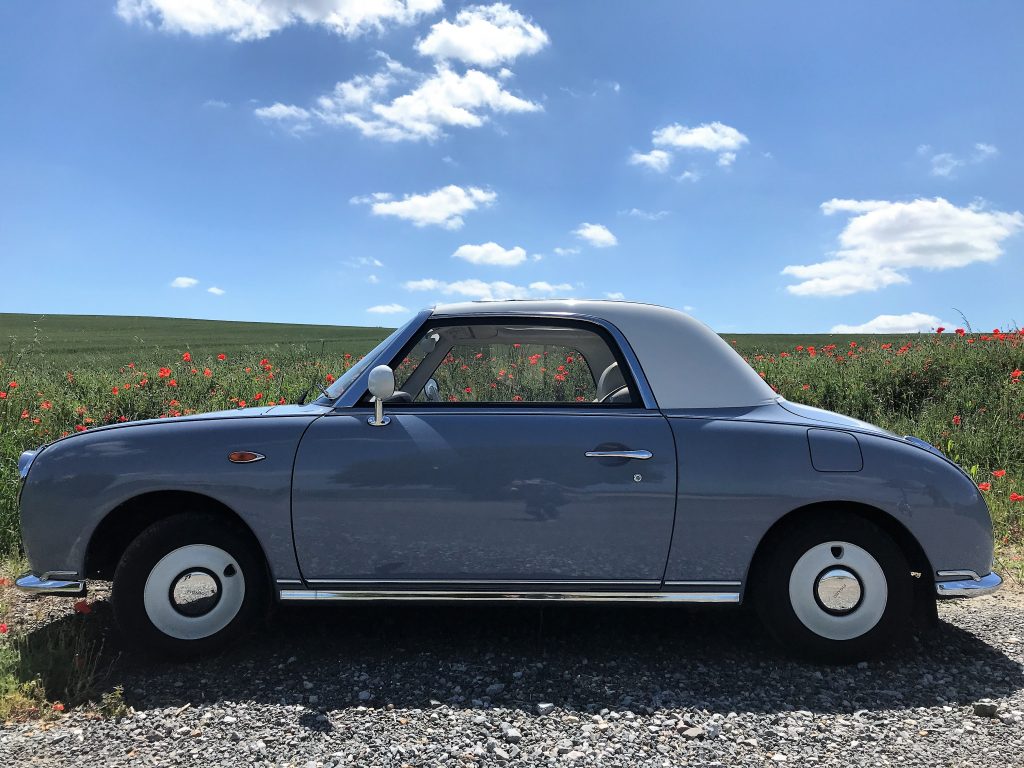 A Brief History of the Figaro

The Nissan Figaro is a classic style runaround convertible car, manufactured by Nissan, originally designed and manufactured for the Japanese market in the 1990s. It’s actually inspired by the 1930s Datsun Roadster, and the Figaro was the final offering of four oddball creations from the Pike Factory Cars in Japan, along with three other niche vehicles: the Be-1, Pao, and S-Cargo. Under the tagline “Back to the Future” the Figaro classic car was unveiled at the 1989 Tokyo Motor Show during an era when Nissan were specializing in economy saloons. The Figaro’s classic, retro and outright weird and wonderful design was in stark contrast to this and made it an instant success in Japan from the off. 8,000 original Figaros were manufactured and that number later became 20,000 to meet demand. It was so popular that would-be buyers had to enter a lottery in order to buy one! The Figaro only needs a bit of minor tweaking to be made street legal in Britain as UK drivers, as in Japan, sit on the right side of the car. It has a huge following of enthusiasts in the UK and since its birth, 6000 or so have subsequently been imported here.

So what does it look like? The Figaro is a small, chrome-rimmed, curvy little car with big round headlamps. The Nissan Figaro style has been invariably described over its life as retro, timeless, cult, even cartoonish. Only 147 inches long, it’s based on the first generation Nissan Micra, but it looks nothing like one. Instead, Nissan’s ‘odyssey of studied weirdness’ went with a design reminiscent of a fifties MG roadster, with a streamlined, bubble-styled body. With its cheeky, colourful, 1950s post-war Hollywood twist, the Figaro car design has gained worldwide popularity over its lifetime as a cult classic beloved by fans of the “unabashedly retro”. According to some UK dealers a lot of Figaro customers tend to range from their 30s to 50s. Designed by a predominantly female team, the market for Figaros could be as much as 70% female.

So what’s special about a Figaro?

It’s not a full convertible, only the central part of the roof is foldable along the top, leaving the rear pillars and windows in place. The top folds under into the back and luggage goes into a decent sized boot under a smaller lid at the back. At first sight it looks like a classic car until you climb inside and find a CD player (cutting edge for the 1990s), air conditioning, armchair-like ivory leather seats and chrome electric window switches shaped like miniature deco sunbursts. The interior is fully vintage, with piped leather, Italian leather dashboard, round, chrome-rimmed dials and everything electric controlled by charming chrome switches.

Buying a Figaro Then Vs Now

Buying a Figaro was a very different experience back in the 90s to today, when the complete customisation of what a car looks like is often agreed before it’s built. Nissan’s approach was to sell one car with no trimmings, but with an optional parts list for customers who wanted extra add ons after purchasing. Some limited edition Figaros were produced with cup holders but these are extremely rare and highly sought after. Choices ranged from customised colours for the door covers, floor mats, wing mirrors and other body work and beige leather trimming for interior parts like the steering wheel, gearnob and handbrake.

It was originally available in four colours – Topaz Mist (autumn), Emerald Green (spring), Pale Aqua (summer) and Lapis Grey (winter), to reflect the seasons, but the Figaro’s huge demand from its cult following of retro and classic car lovers has given rise to numerous specialists worldwide, like The Figaro Shop, who can offer complete personal customization of the Figaro’s colour, interior and accessories so you can have a totally bespoke Figaro that truly is a car that makes your dreams come true.

What’s Under The Bonnet of a Figaro?

Based on the Micra platform, there’s a 1.0-liter turbocharged engine under the bonnet connected to a three-speed automatic gearboxa manual transmission was never manufactured. It’s a very small and maneuverable car, making city driving simple and easy. Nissan is a brand associated with reliability, and it’s widely agreed that the Figaro is a classic head-turner that combines retro looks and appeal with modern Japanese mechanics and sturdiness. It’s a classic car without the stress.

If you need any more help or advice then do get in touch with us at The Figaro Shop.  We are always happy to chat about them.

https://youtu.be/K8KvtYrZXKM Have you ever been a little bit frustrated at the 3 speed automatic 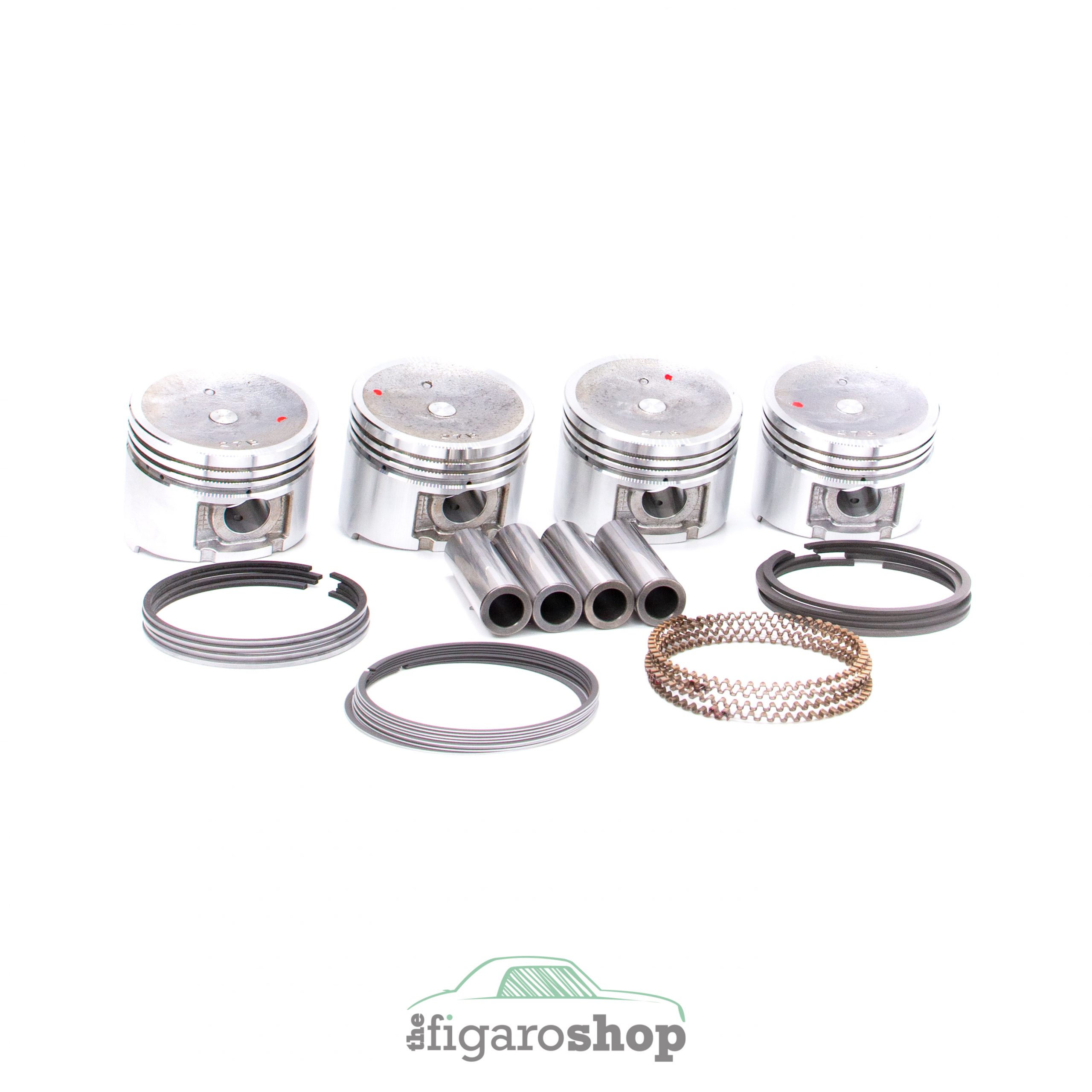 https://youtu.be/8QNBJzufzh8 Our new and exclusive Figaro pistons allow for ultimate engine reliability for many 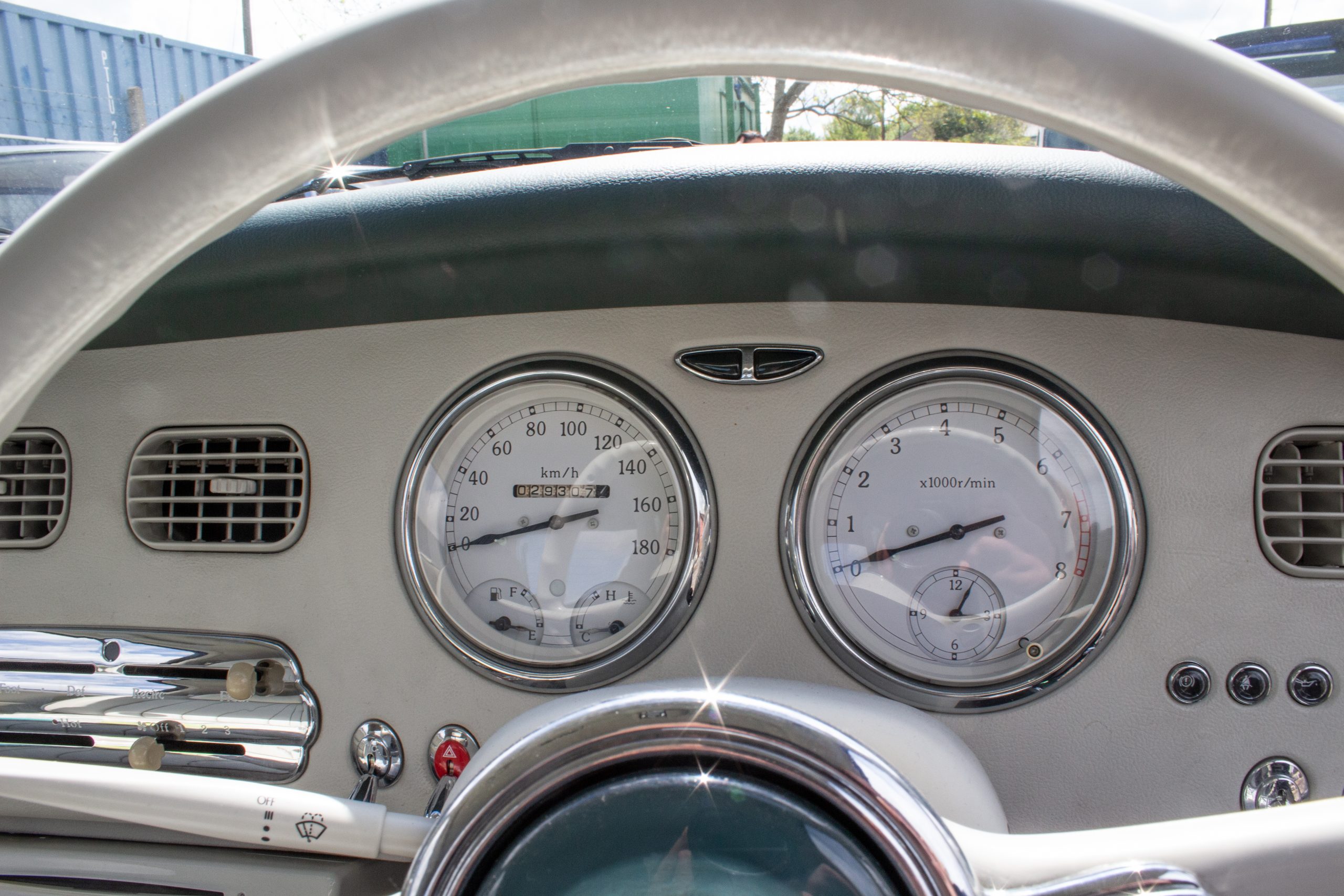 How To Clean Your Figaro Dashboard

https://youtu.be/J3dWSVLaxSI We asked you recently what ‘how to’ guides you would find useful and