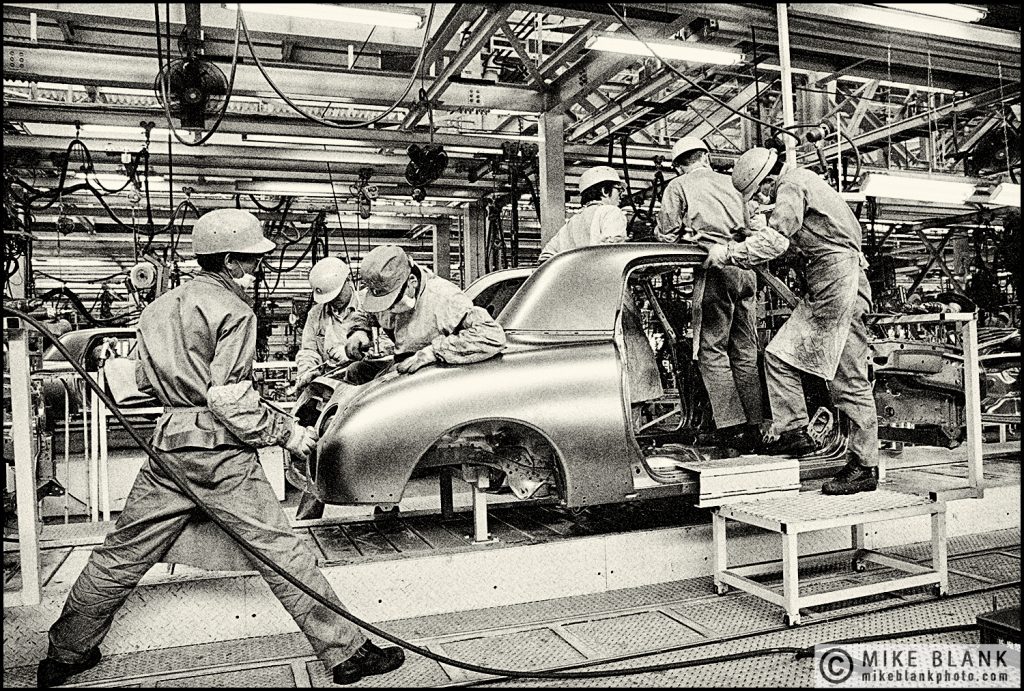 What is a Figaro?

What is a Figaro?

As we approach the 30th birthday event of the Nissan Figaro, we wanted to look back at its history.

History of the Nissan Figaro

In 1989 at the Tokyo Motor Show, as part of the Pike Factory Cars’ line-up Nissan unveiled the brand-new Nissan Figaro to the crowds.  8000 initial slots were allocated to customers through a lottery system however, due to exceptional demand, Nissan soon increased this to 20,000 cars all built in 1991.  Released under the theme “Back to the Future” it joined the line-up of other Pike cars, the BE-1, Pao and S-Cargo.

What Made the Nissan Figaro Different?

But the Figaro was different.  It was a neo-classic convertible coupe, with cues of 60s retro styling combined with more modern reliable Japanese mechanicals.  It was the perfect recipe for success. The most easily recognised feature of the Figaro must be its cabrio roof, which folds away easily into the upper boot allowing the driver to make the most of the summer sunshine.  It is the ultimate fun classic car!

What Colour do Figaros Come In?

It was originally made available to lucky buyers in one of four colour palettes, one for each of the seasons: Emerald Green for spring, Pale Aqua for summer, Topaz Mist for autumn, and Lapis Grey for winter.  The Figaro body colour dictated the matching interior trim for each one, including the dashboard tops, leather seat piping, carpet and the horn button. Topaz Mist is the rarest Figaro colour and now the most desirable of the 4 with only around 2000 cars produced in this colourway.

The interior trim on the Figaro was simple yet stylish, with plush seats covered in leather with contrast piping being the highlight of the cabin. Nissan used a special ivory paint on the dashboard that gave it a soft touch whilst two large chrome rimmed dials take centre stage in front of the driver, one for the speedometer and one for the tachometer. Set within those are the temperature and fuel gauge and an analogue clock. Four ‘fleur de Lys’ shaped switches accompany the dials for the aerial, hazard lights, heated window and the A/C and this ‘fleur de lys’ shape has since become an emblem for the Figaro. A vintage style AM/FM radio occupies the lower dashboard along with cassette tape and CD drive – a luxury for the time!   Now, specialist Figaro experts like The Figaro Shop can respray the cars into any custom colour that you want.  They will also fit out the interiors with any colour custom trim and finish to match.

What About the Figaro Engine?

As for the engine, whilst loosely based on the K10 Micra, the Figaro engine was very much its own.  It has a 1 litre turbocharged engine producing 76hp mated to a 3-speed automatic transmission combined with McPherson front suspension and multi-link rear suspension. Braking is catered for with bigger ventilated front discs to deal with the extra weight from the automatic transmission. Off the line you could mistake the Figaro for a much newer car with suitable poke from its turbocharged engine.

Where do I find a Figaro?

Over the years the Figaro has proved very popular in non-domestic markets, with the UK being the biggest importer of Figaro’s.  More than 6,000 of them are believed to have been in the country at one time and thanks to this large following owning a Figaro has become a lot easier with supply of parts being readily available especially with more companies like The Figaro Shop developing new, improved modern parts for them.

Wishing this iconic classic car, a very happy 30th anniversary weekend – may we all enjoy driving these little Figaro beauties for many more years to come! 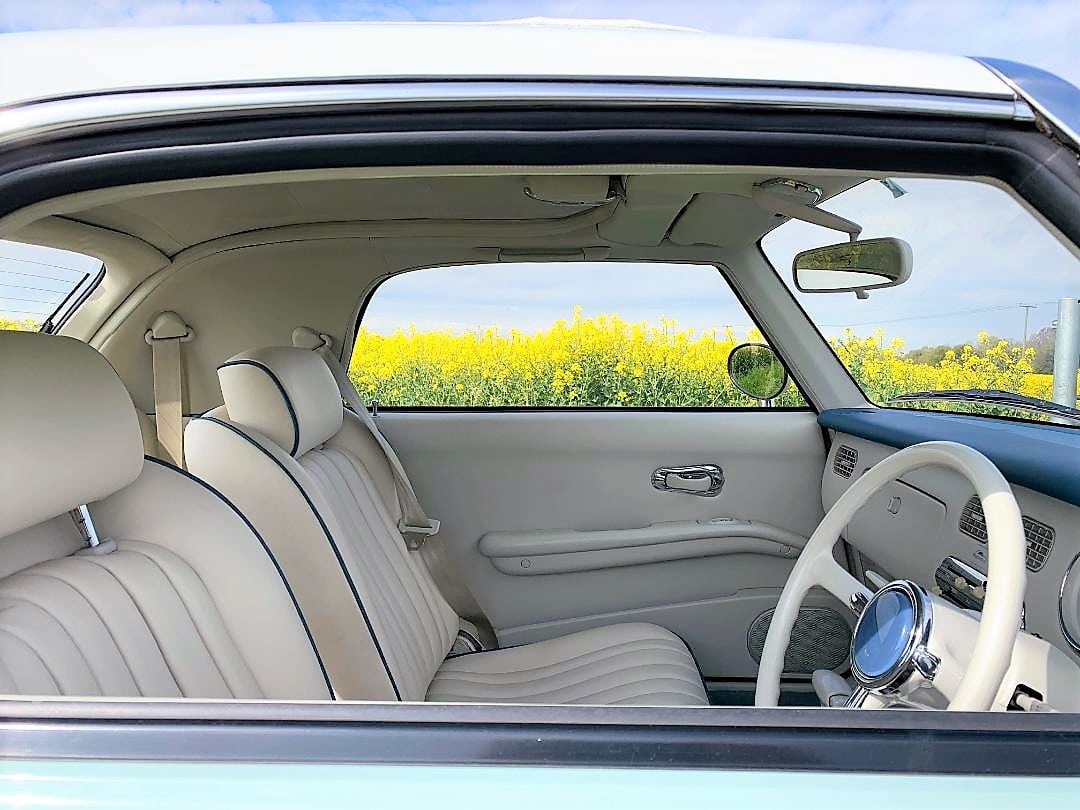 A New Member of the Family 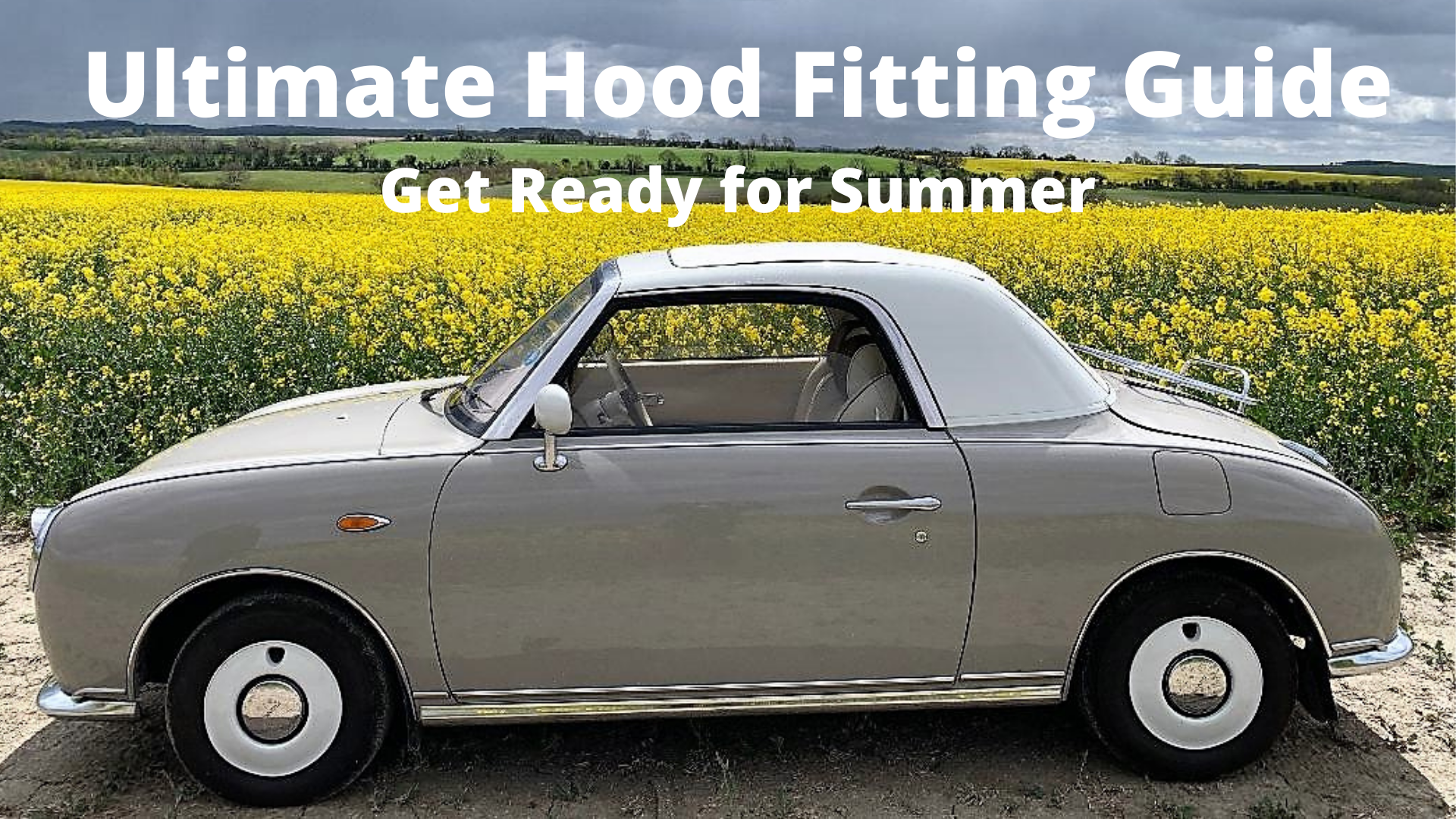 We love nothing more than a Figaro rally, so were delighted to provide support